Pupa contain protein and fatty oils, the main components of which are unsaturated fatty acids, glycerin vinegar, a small amount of lecithin, sterols, fat-soluble vitamins and so on. Mulberry silkworm Chrysalis are rich in protein and a variety of amino acids, and are high-grade nutritional supplements for frail, post-ill, elderly and women postpartum. Pupa can produce pharmacologically active substances, which can effectively improve the level of white blood cells in the human body, thereby improving the body’s immune function and delaying the aging of human body functions. Silkworm pupa oil can lower blood fat, lower cholesterol, treat hypercholesterolemia and improve liver function. 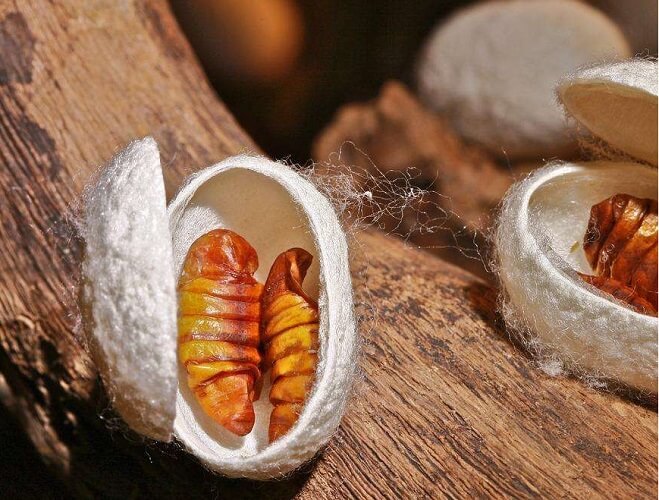 Pupa have extremely high nutritional value, rich in protein (51% for crude silkworm cocoons), fatty acids (29% for crude fat), and vitamins (including vitamin A, vitamin B2, vitamin D and ergosterol). The protein content of silkworm pupa is above 50%, which is much higher than that of general foods, and the essential amino acids in the protein are complete. The silkworm pupa protein is composed of 18 kinds of amino acids, among which the 8 essential amino acids are high in the human body. The eight essential amino acids in silkworm cocoons are about twice that of pork, four times that of eggs, and ten times that of milk. They are balanced and have a proper proportion. They are a high-quality insect protein.

It is said that the pupa cooking has a history of more than 1,400 years in China. Pupa are high protein supplements. The Chinese use different fried methods to make them a variety of Chinese cuisine. Pupa contain a broad-spectrum immune substance that has a special effect on cancer. According to reports, Japan and other countries have produced alpha-interferon from silkworm pupa, which is clinically used for anticancer treatment.

Although pupa are good, don’t overdose.